How to Run a Company Well 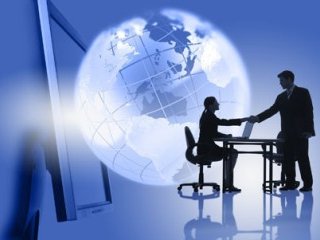 Leading a big public company is one of the world's most important jobs. It is already fiendishly difficult, and seems to be getting harder all the time. Those who make it to the top frequently fail: they stay for shorter and shorter periods. And there is more competition than there used to be for the talents of top bosses because private equity now offers another option. To judge by the huge pay packets offered to the few deemed capable of doing such jobs, there is a dire shortage of people thought to have what it takes. Here is a ten-point checklist of the necessary qualities.

A sound ethical compass. If the boss's values are undemanding, the company's will also be wobbly. That may not put it out of business, but it means the company will have to pay a premium for talent. Good people do not like working for organisations whose values they mistrust. But ethical values are difficult to acquire on demand, in middle life. "The deeper sources of constraint are hard-wired at an early age," says William Allen of New York University.

The ability to take unpleasant decisions. Many judgments must be made on the basis of ambiguous information. Leaders often have to deal swiftly with conflicting demands without being sure of their facts. That calls for a strong stomach. Those who cannot bear to inflict pain or risk making enemies, or who need cast-iron evidence before making up their minds, should not apply.

Clarity and focus are essential requirements for making those awkward judgments. Leading a large company, and dealing at speed with a host of complicated and many-sided issues, is an immense intellectual challenge. To extract the crucial point from complexity is essential for devising an effective strategy. In order to survive the clamour for time and attention, a leader must also be able to screen out unnecessary noise and to focus on what really matters. That goes with realism — there is no point in aspiring to the unachievable.

Ambition. The best leaders are empire-builders who want to create something that outlasts them. That is different from ego-boosting personal ambition. It supplies the ruthless drive and the obsession with excellence that are essential components of good leadership.

Effective communications skills are a relatively new requirement, the result of the increasing intrusion of the outside world: media, analysts, shareholders, environmental groups. All require a corporate leader who can talk convincingly — which is not always the same thing as telling the whole truth. Motivating a large workforce requires a gift to present a clear vision persuasively. A leader who cannot inspire trust and convey authenticity will find the task difficult.

The ability to judge people is an essential prerequisite, given the importance of human capital. Lord Stevenson, the chairman of HBOS, a big bank (and also of Pearson, which part-owns The Economist), says that he spends perhaps three-quarters of his time getting to know the top 150 people where he works. Jack Welch used to describe himself as the "world's best-paid human-resources director". Judging who will work best in which slot is one of the key tasks of leadership. Like so many aspects of the top job, it requires intuition as well as experience.

A knack for developing talent is needed to build a stock of future leaders. People learn far more about the art of leading from a good mentor than from a great book. So effective leaders need not only to spot where the talents of a particular individual might be best deployed; they must also be teachers, conveying their skills to those around them (and encouraging others to teach their colleagues too). That is the way to create leaders at many levels in an organisation.

Emotional self-confidence. Accumulating a pool of talent requires an ability to work with people who may be better at their job than you are at yours, and to guide and motivate them. Leaders who are jealous of their followers do not inspire loyalty. Self-confidence also allows people to admit to weakness and ask for help without feeling defensive or inadequate. Successful leaders need to be able to say, "I don't know what to do next," without losing the respect of their colleagues.

Adaptability will prove invaluable when things go wrong. Surviving a reverse calls for resilience and flexibility. It is one thing to spot a change in the market, or in public attitudes, or in the political climate. It is quite another quickly to devise a completely different approach, even if that means abandoning an idea to which a leader has been passionately committed. Jeffrey Sonnenfeld of Yale University is cataloguing ways to turn misfortune into fortune. The key seems to be an ability to "reframe": to reshape a problem so that from some angles it can look like a success.

Charm is not a quality taught on MBA courses, but few get to the top without it. A bit of luck helps too, though that may prove hard to arrange.

Many of these qualities are useful for leading any enterprise, but especially a publicly traded corporation. In turn, the way companies are led determines the prosperity of nations and the happiness of their workforce and their customers