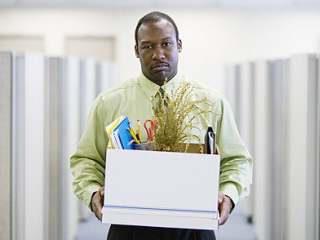 Some employees in 2008 and 2009 found themselves laid off with little or no warning.

In 2008, the unemployment rate began a small rise that rapidly accelerated in 2009, according to the Bureau of Labor Statistics. By the end of 2009, rates had risen to levels not seen since the early 1980s, according to the Misery Index. An unstable economy led many businesses to lay off workers in unprecedented numbers, further upsetting the economy. A variety of factors can influence why employers lay off workers

The company may offer some workers the option to retire early to eliminate employees who earn the highest salaries. This allows the company to keep employees who perform similar work at a lower wage