?Is leadership inherited or learned 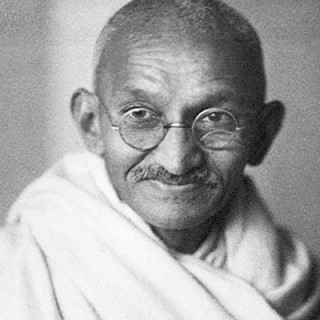 Throughout history we have seen powerful leaders do unimaginable things. I’ve often wondered what makes these great leaders so great at what they do. With that being said I’ve also wondered what makes weak leaders, so poor at what they do. Growing up we have always been taught to be a leader in any situation. Whether it be in the classroom or on the field, becoming a leader has been engraved into our brains. I’ve always believed that the question comes down to the common concept of nature vs. nurture. Someone can be pushed and bred to lead throughout their life but if their personality or genetics fight this encouragement to lead, is there anything you can do to stop it? Is it possible that there is more to being a leader than just stepping up and acting like one? According to a study published in Leadership Quarterly, there may be something impacting a person’s ability to lead that is beyond their control and that is their genetic sequence.

In a large study conducted by an international research team consisting of researchers from University College of London, Harvard, New York University, and University of California. The article states that the study has found “a specific DNA sequence associated with the tendency for individuals to occupy a leadership position.” The study was based around a large twin sample in which the genetics, job, and leadership behavior which was calculated by seeing whether or not the individual’s job dealt with leadership roles while working. The DNA sequence, “rs4950” was found to be a linking genotype that proved leadership correlates more with genetics than we had previously thought. Lead author Dr Jan-Emmanuel De Neve stated, “We have identified a genotype, called rs4950, which appears to be associated with the passing of leadership ability down through generations.” This means that despite what we were previously taught growing up, leadership may have more to do with genetics than simply attempting to step up for the role. The study goes onto address the rs4950 genotype’s relationship with leadership by stating, “The results suggest that what determines whether an individual occupies a leadership position is the complex product of genetic and environmental influences; with a particular role for rs4950.” Overall this states that a combination of genetical and environmental factors impact the likelihood of a person to lead. There is certainly the possibility of a person without the rs4950 genotype becoming a strong leader though developing leadership skills. However, new research is showing their are more components, genetically, that affect the ability of one to lead. I feel as though the concept of nature vs. nurture goes hand in hand with leadership. A person can develop the skills to lead and become a very good leader. On the other hand a person can develop no skill at all to lead and still become a natural born leader.